My husband and I have decided to go on a low-carb "lifestlye" change.  We are following one diet that keeps their carbs under 30g a day, which is not very much considering how much bread and pasta we use to eat.  This has forced us to get a little bit more daring and try new recipes, thus PINTEREST becomes our life saver!  I kept seeing these cauliflower pizza dough recipes and was a little curious.  So, we finally tried it out last Friday and it was D-E-L-I-C-I-O-U-S!!!  My husband, Dylan, went as far as to say "it is better than a Papa Johns Pizza" . . . I'm not going to completely agree with that statement, but it was pretty good.
﻿ 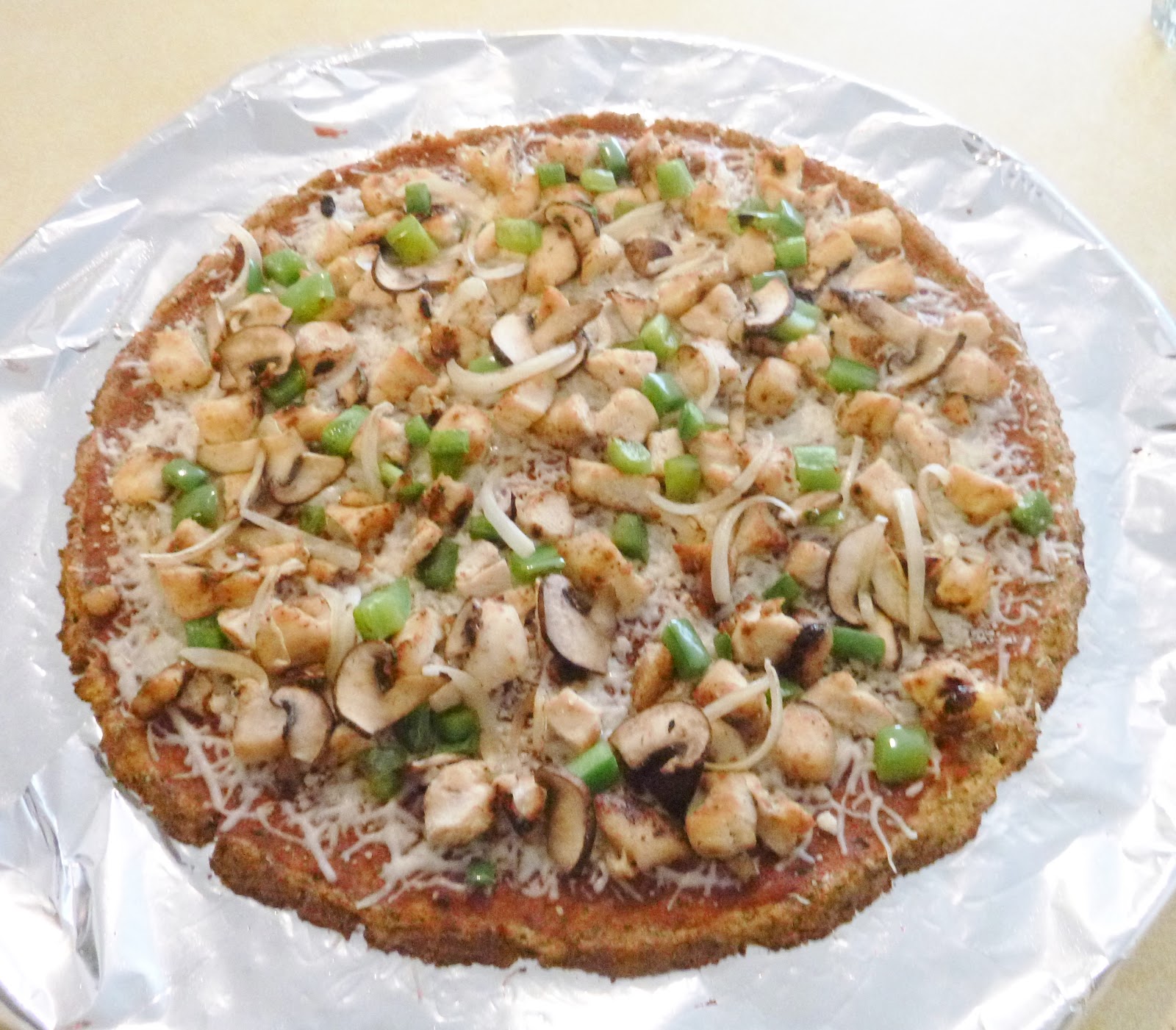 I used the recipe from the website Eating Bird Food at http://www.eatingbirdfood.com/2012/09/healthy-pizza-with-a-cauliflower-crust/
I only made one adjustment and that was to add 2 Tbsp ground Flaxseed.  I was hoping it would help the dough stick together a little more and it would add some more nutrients.  Also, all the carbs in ground Flaxseed are dietary fiber, so my husband and I don't count those.  Here's the recipe, but again you can also go to their site to find more pictures.

Ingredients:
Directions:
It's packed with so much flavor because of the herbs and cheese, you can't even taste the cauliflower.  I couldn't at least, but I like cauliflower too.  Be daring and try this recipe!
Posted by Shelly Porter at 6:44 AM