If your trying to figure out new ways to cook your fish, this is a really tasty and easy recipe my mother-in law got off delish.com 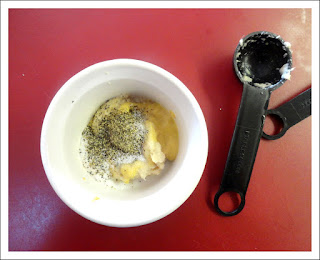 Here's what you need:

I reduced the amount of horseradish and mustard by a pinch, because it is a very dominant flavor. In a small bowl, mix together the horseradish, mustard, garlic, salt, and pepper. 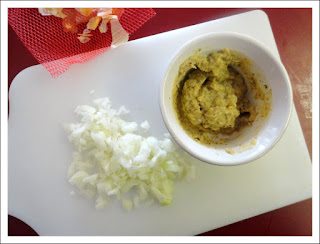 Then, mix in the shallot. Set aside. 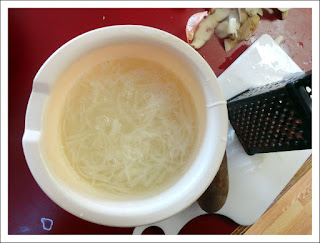 If you don't have leftover hashbrowns, go ahead and shred about 1 1/2-2 cups of peeled potatoes. It won't seem like as much once you cook it.

Tip: I was preparing dinner pretty early during one of Dustin's naps and he was about to wake up. So I put my shredded uncooked potatoes in cold water and stuck them in the fridge until I was ready for them. That way they don't oxidize. When Dustin was taking his next nap, I drained the potatoes really good. 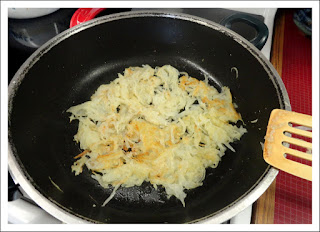 Then I cooked them in a Tbsp of olive oil on medium/high heat until they started to get alittle crispy. Don't over do it, because they are going to cook again with the fish. Put the potatoes in the fridge to cool. 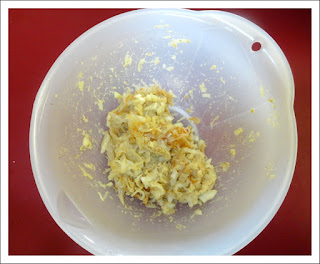 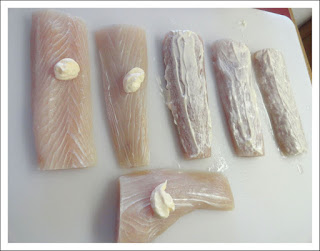 Lay out your Mahi Mahi (I made six and increased the recipe by half). Put a teaspon of mayonnaise on each fish and spread it all over the top with a spoon. 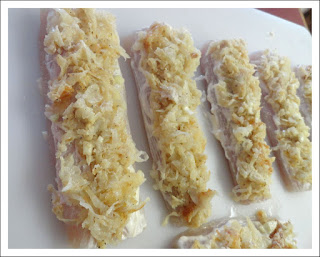 Take your potato mixture and scoop about one-fourth of it right on top of the mayonnaise covered fish. Use a spoon (or clean hands) to spread the mixture evenly. Repeat for the remaining fish. Sprinkle with pepper to taste. 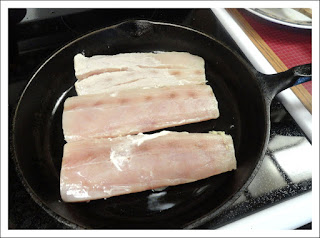 Heat oil in a large skillet over medium/high. Place the fish in the pan potato side down first. Cook for 4 minutes. 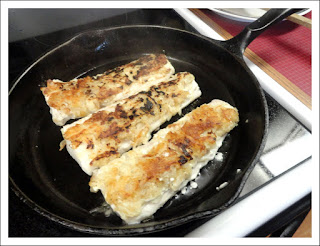 Carefully flip the fish over, turn the heat down to medium and cook for another 5 minutes or until the fish is flaky. 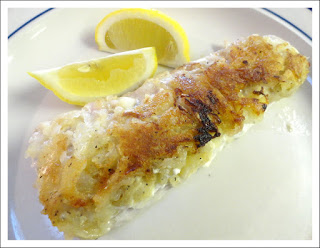 Serve with a lemon wedge and enjoy!
Posted by Shelly Porter at 11:46 AM