My mother-in law made pork tenderloin a few nights ago and we had over two pounds left over. Instead of just eating the same leftovers night after night, I decided to make some pulled pork . . . with Ginger Ale. I found a few recipes online and adjusted it slightly. 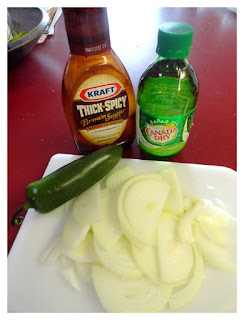 First I started off with:

Posted by Shelly Porter at 9:01 PM