Saw this idea on Pinterest and I have been wanting to do it for a long time now.  My mother-in law's birthday is coming up, so we thought this would be a great gift idea for her.
﻿ 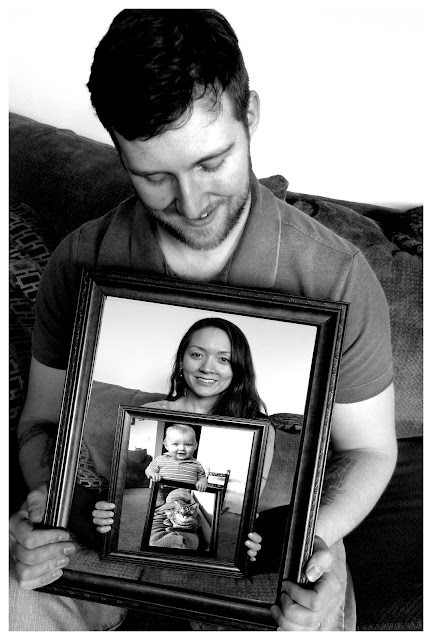 This was actually really simple to do if you have Adobe Photoshop.  I'm sure you could do it with other programs easily too.  This is what I did:

I'll try to get step-by-step images of how I did this later in case it sounds confusing!  This was a really fun family activity to do that even our cat could get involved in :)

Posted by Shelly Porter at 6:26 AM