Bulgogi is a very popular Korean dish made of thinly sliced beef marinated in a sweet and salty sauce.  I was very hesitant on sharing this recipe, only because it feels like a family secret.  My mom gave me her recipe several years ago when I moved off to college, but it always seemed a little off.  Probably because she couldn't give me exact measurements of what she used since she always just used her hands as measuring cups and instinct.  I remember one time I asked her to teach me how to make a different korean dish over the phone and she tried to describe the flavor to me as a "spicy donut" . . . because I have had a lot of those (sarcasim).

Anyway, after years of making this recipe, I think I have finally gotten it to where I am really proud of the end result.  It'll never be quite like how my mom makes it, but is it ever!?!? 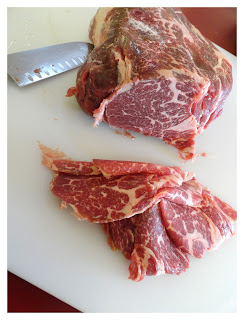 So here it goes . . . the secret bulgogi recipe straight from a Koreans kitchen (well half Korean in my case).  There are other recipes out there, but not quite like this or as good.  Here's what you'll need: 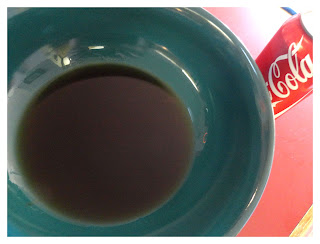 Get a big bowl and pour in the coke.  I do this first so it has time to get a little flat.  ﻿ 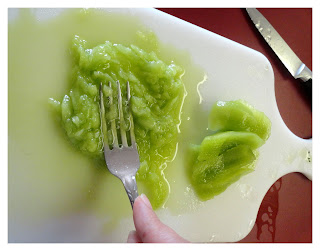 Cut the green parts away from the kiwi and mash.  Pour into the bowl with the Coca Cola. . . 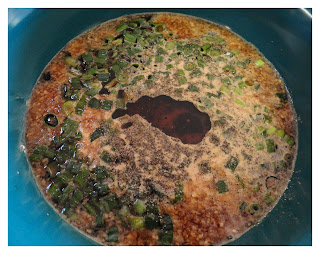 Along with the soy sauce, sesame seed oil, sugars, pepper, garlic, and green onions.  Mix thoroughly.  Taste it to see if you would prefer it sweeter or saltier. 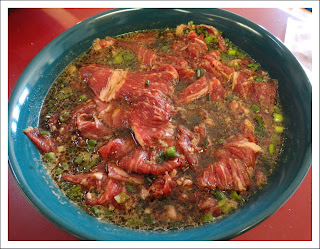 Add the beef and mix well.  This could probably be done a few hours in advance, but it'll be way better if you marinate it overnight.  Add veggies at this point if you want them in the bulgogi. 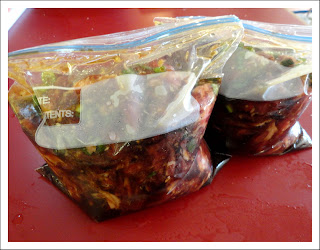 *Whenever I make bulgogi, I usually make an extra pound or two so I can put it in the freezer.  That way I'll have some ready whenever I have a craving or whenever a Korean recipe calls for it.  I don't usually add the veggies if I'm going to freeze it.  I do that after it thaws and right before I cook it. 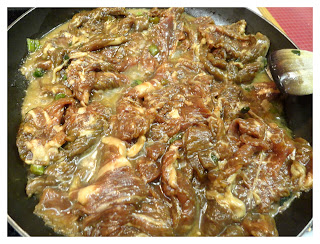 When you are ready to cook the bulgogi, heat a frying pan on medium/high heat.  You want the pan fairly hot.  Drain most of the juices from the bulgogi (you don't want the meat to boil) and cook for about 5 minutes or until the meat is fully cooked.  More juices will appear as your cooking.  If it's a lot, I drain the juices someone before putting it in a serving dish. 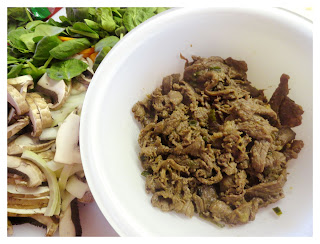 Unbutton your pants and serve with some rice and kimchi!

Let me know how you like it.  I've read a ton of other recipes using honey and pears, but this I think is the best bulgogi recipe by far, maybe because it's my moms :)
Posted by Shelly Porter at 8:18 PM